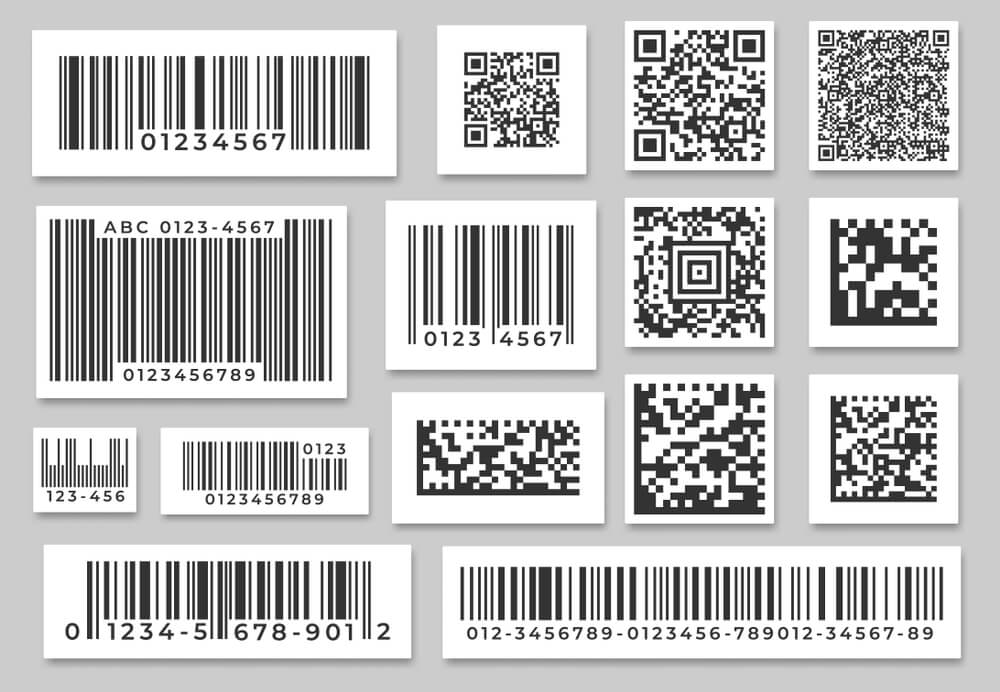 Barcodes are one of the most widely used ways of identifying stored objects worldwide. Everywhere we go, from clothing purchases to supermarket shopping and even gadgets, we see barcodes. They have emerged as game changers for firms dealing with significant amounts of money by almost removing the margin for error.

Billions of dollars have probably been saved due to adopting these barcodes, and if you are wondering how barcodes work or what they can do for you, you have come to the correct spot. We will explore barcodes and everything associated with them in-depth in this post.

Bernard Silver invented the barcode. As a graduate student, he overheard a local food chain’s president request research workers at Drexel Institute of Technology to develop automated ways for interpreting product information. As they began their investigation, he discussed this plea with his friend, Normal Woodland.

They created the prototype, inspired by Morse Code, for which they filed a patent in 1949, which was eventually approved in 1952. However, it did not attain commercial success until the 1970s, when supermarkets gradually adopted them. Their idea did not immediately result in cost savings, which deterred firms from the start.

Though further research established that it was highly profitable, it assisted supermarkets in increasing revenue by 10-12 percent and saving 1-2 percent on operational expenditures. In the 1980s, they were accepted by the US Defense Department as they gained popularity.

They have now seized control of everything from grocery shelves to warehouses. Even today, e-commerce behemoths depend on barcodes to maintain their inventories.

How Does Barcode Work?

So, you might be thinking about how barcodes work? Barcodes function by combining a symbology (the barcode) and a scanner that can read the symbols and transform them into meaningful information, typically the item’s origin, price, kind, and location. The scanner decodes the barcode and automatically inputs the data into a system, most often a database. This tool provides a plethora of advantages for organizations, which is how barcodes work.

Barcodes laid the groundwork for today’s worldwide networked distribution networks. It enables large firms to verify that their items are correctly stocked and priced globally. Also, it has evolved into a critical tool for assisting small and medium-sized firms, hospitals, and government entities in tracking assets and increasing efficiency. Businesses use barcodes in a variety of ways, including the following:

A fundamental inventory tracking system is composed of software and a barcode scanner or mobile computer. Inventory goods will all have barcode labels, which means that when you remove an item from stock, you can scan the barcode in your inventory monitoring software to lower the available count rather than typing in an SKU.

Any firm, regardless of its size, has IT assets and fixed assets. Each asset is labeled with a barcode that can be scanned to check it in or out using your asset tracking software. It is an excellent technique to increase responsibility and simplify audits.

You may also like: How to Print Address Labels

Include a barcode on the return-mail registration postcard that corresponds to the serial number of the product. Then, you can quickly determine which serial numbers have been registered and which you have not.

If your company is organizing an event, include barcodes into RSVP cards to keep track of who has answered without attempting to decipher anyone’s handwriting.

How Do Barcode Scanners Work?

What method is used to read a barcode? A barcode scanner. All barcode scanners use a light source and sensors to detect and quantify the amount of light reflected by the white spaces inside the distinctive parallel bar pattern. A photodiode detects the reflected light and generates an electrical signal that matches the barcode pattern.

The electrical signal is converted via circuits to the original numbers for which the barcode was formed.

The technology converts the numbers to intelligible text that interacts with the user’s database, giving critical information quickly. However, certain kinds of barcode readers are better suited to particular applications. In short, a barcode scanner decrypts barcode information.

Today, barcodes come in a variety of forms. Each of them is tailored to the unique requirements of companies and their stakeholders. However, as a result of globalization and consumerism, they became more standardized.

They were required to service a diverse range of businesses, distributors, and retail agents. On the other hand, standardization aided in cost reduction by allowing businesses to process various manufacturers using the same equipment.

What are QR codes?

A QR code (short for Quick Response code) is a matrix barcode, also called a two-dimensional barcode. It is a visual, machine-readable representation of data capable of holding a large amount of data, often for a locator, identifier, or tracker that points to a certain website or application.

These codes are visually represented by black squares placed in a square grid on a white backdrop. The QR code picture has three unique squares at its corners and a smaller square in the fourth corner.

How do QR codes work? QR codes are readily readable by any digital device equipped with a scanning capability, such as a smartphone. When a picture is scanned, the essential data is collected from patterns found in both its horizontal and vertical components.

What information does a barcode hold? These codes can include URLs, discounts, event details, and other data that people may access immediately or refer to later.

Barcoding is no longer a high-tech tool reserved for high-tech firms; it has evolved into a user-friendly tool that can benefit every business. Scanner prices and associated software requirements have decreased so that practically anybody can justify adopting a barcode system.